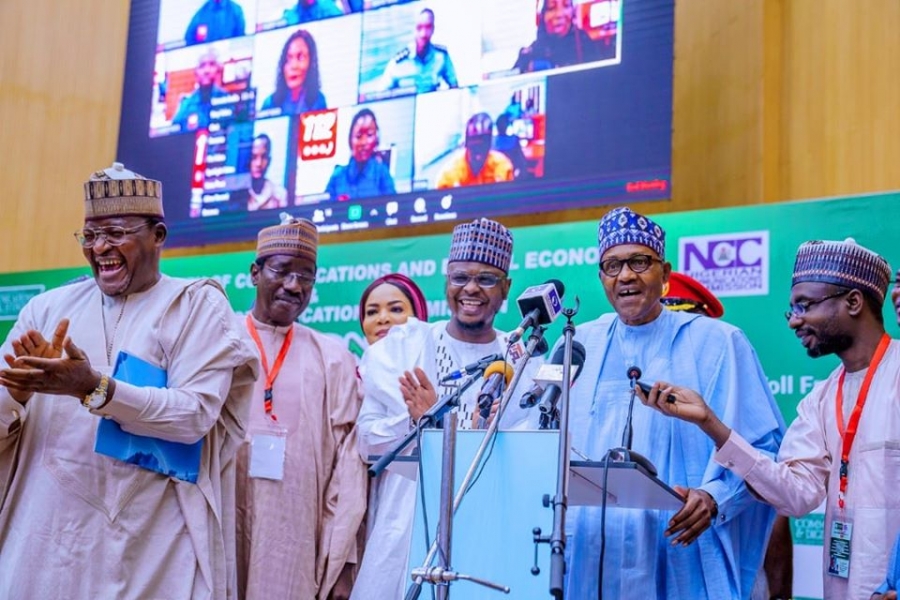 Our attention has been drawn to a video clip, which is currently trending on Social Media, maliciously targeting the person and office of the Honourable Minister of Communications and Digital Economy, Dr Isa Ali Ibrahim Pantami FNCS, FBCS, FIIM, MCPN. The three minutes and one second video which was edited from the live coverage of the commissioning of key projects of the Ministry, by the President on Thursday, 19th March 2020 was accompanied by a write up from a faceless writer, which reeks of falsehood.

The President, attended the event on the invitation of the Honourable Minister, and it was paramount that His Excellency’s timing be strictly adhered to, as earlier agreed at the preparatory meeting in the Presidential Villa, that all speakers at the event will; Adhere to the time allocated to them and, limit their presentations to the responsibility(ies) assigned to them. The Honourable Minister regulated the speeches of both speakers namely, the Executive Vice Chairman (EVC) of the Nigerian Communications Commission (NCC) and the Director General of National Information Technology Development Agency (NITDA).

By this public notice, the Federal Ministry of Communications and Digital Economy, hereby disclaims all misleading information surrounding the video and the write up. In the same vein, the office of the Honourable Minister, strongly debunks the allegation that, he sent some pressmen out of the premises. It was not, and it is not his role, neither was he aware of the incident at the time it took place. The original statement from the affected parties confirms this. The leadership of Dr Pantami, has brought an unprecedented level of synergy amongst the Agencies and Parastatals under his purview, as remarked by the President himself, at the same event.

We therefore, urge all well meaning Nigerians, to disregard any information contrary to the true events as stated here, which took place before a crowded auditorium. The person and office of the Honourable Minister of Communications and Digital Economy, cannot be distracted with corrupt people that are not happy with sanitizing the sector and discipline that is being established.